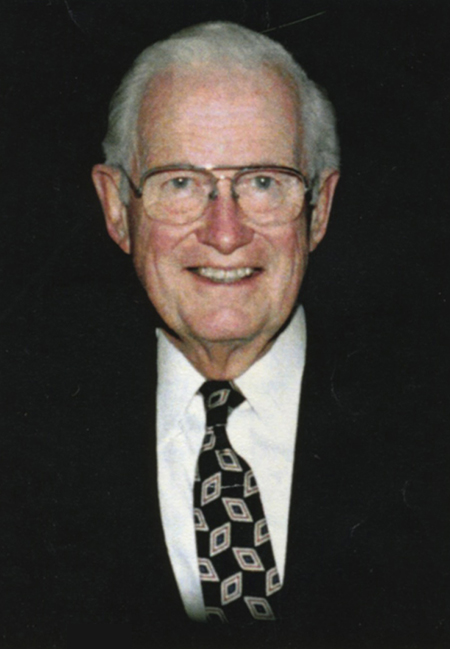 The Leo Family lost a special friend and one of its most distinguished members when Mr. Frank Considine passed away at his Glenview home on Aug. 2, 2016.

Mr. Considine was 94. He had been in failing health since suffering a stroke in June.

“Leo has not had a better or more loyal friend than Frank Considine over the years,” Leo  President Dan McGrath said. “As accomplished as he was in business and as a civic leader, he was just as impressive as a true gentleman and a very nice man. We extend our sympathy to Mr. Considine’s family, as well as his many friends and colleagues. He was a special person.”

Mr. Considine graduated from Leo in 1939. As a junior, he played in the famous 1937 Prep Bowl game between Leo and Austin that drew more than 120,000 fans to Soldier Field, at the time the largest crowd to witness a football game in the United States.

“He was always very proud of having been involved in a game that made history,” said Jim Kauss, Mr. Considine’s son-in-law.

Mr. Considine moved on to Loyola University after Leo, graduating in 1943 with a degree in business. He postponed the start of his business career to serve in the Navy during World War II, seeing action aboard a destroyer in the South Pacific. Upon leaving the military, he managed musical acts for a while, but found his true calling in business in the packaging industry.

After establishing himself in sales, Mr. Considine joined National Can Corporation as general manager in 1961. He became the firm’s president in 1969, its CEO in 1973 and its chairman in 1983. He was elected to the Chicago Business Hall of Fame in 1985.

A golf enthusiast from his days as a caddy at South Shore Country Club, Mr. Considine provided financial backing for several caddy programs at Leo. He also donated the funds to establish and equip Leo’s first computer lab.

“Frank had a big heart and was truly committed to helping Leo students better themselves,” said Michael Holmes, Leo’s admissions director and head football coach, who worked with Mr. Considine on several Leo-related projects. “The kids and I always enjoyed being around him. Just a terrific guy.”

Apart from his business career and raising nine children with Nancy, his wife of 64 years, Mr. Considine was one of Chicago’s most influential civic leaders. He served as chairman of the board of both Loyola University and the Loyola University Health System. He chaired the Field Museum’s board of directors and the Illinois Leadership Coalition and served on numerous corporate boards, including Tribune Co.

RIP to a great Leo Man from the Leo Family.