Where did the summer go?

No sooner had Leo’s Class of 2018 graduated on Mother’s Day than we were welcoming the Class of 2022 to Leo on Wednesday, Aug. 15. It’s the largest freshman class we’ve had in 10 years, by the way. One day later the entire student body was on hand as school resumed with a triumphant march through our renovated courtyard.

In what has become a joyful tradition, more than 40 alums turned out to welcome the students back to Leo for the 2018-19 school year. Their underlying message, especially to the freshmen: By enrolling at Leo, you are becoming part of something special … and remarkably loyal alumni support is part of what makes it special. 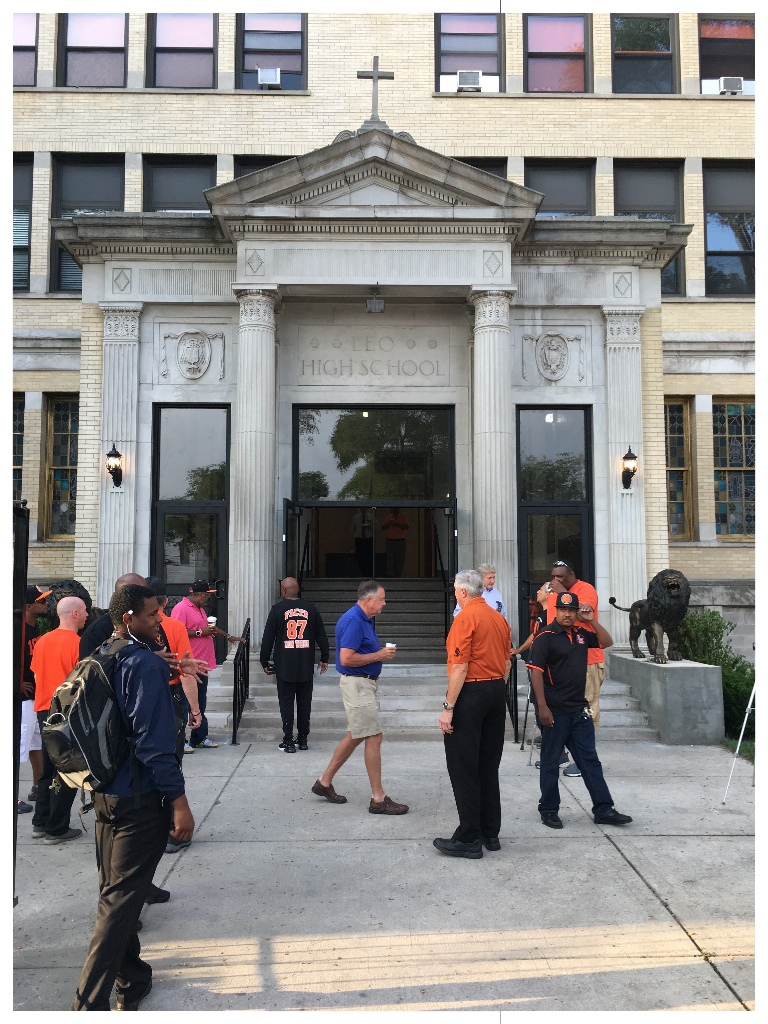 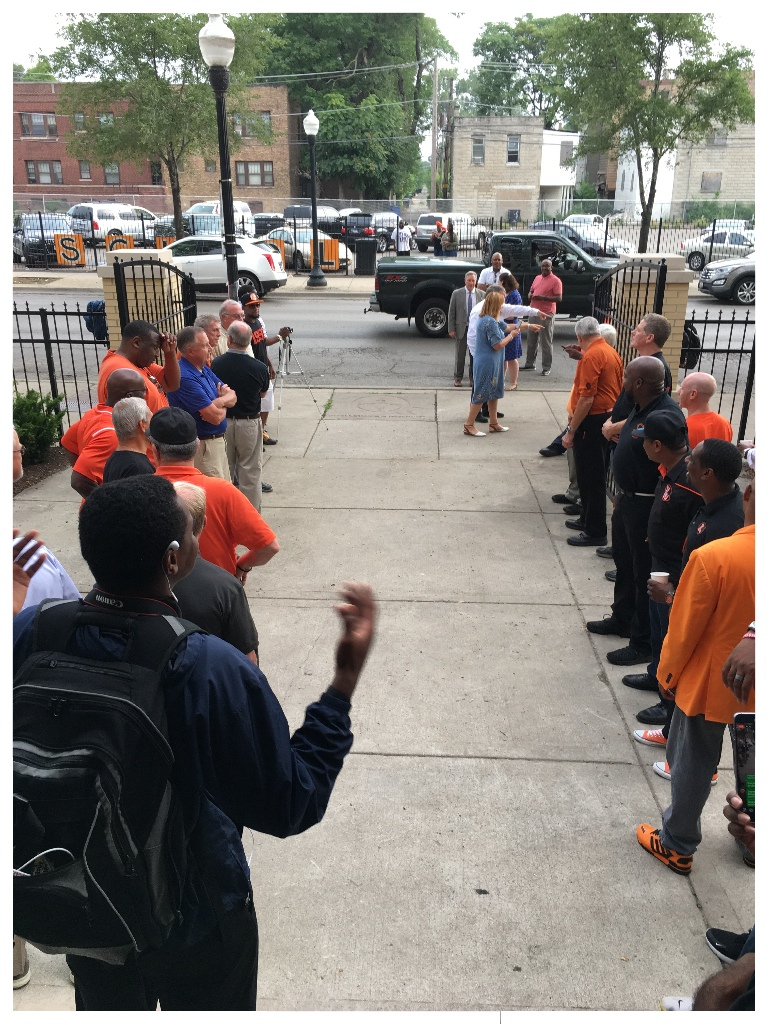 The public unveiling of the courtyard provided an extra layer of special. Mike Holmes ‘76 added “General Contractor” to his lengthy list of titles and oversaw a process that over the course of one summer transformed an eyesore into a gleaming attraction.

The cracked, crumbling sidewalks have been replaced with pristine new ones. The landscaping is fresh and modern, reminiscent of a high-end garden. A monument expressing “eternal appreciation for public servants and other professionals who give selfless time and dedication to our community” has been installed next to the War Memorial, the two statues separated by an eternal flame. An enclosed “quiet area” in the southeast corner gives students a place to go after school to get started on their homework or wait for their rides. New wrought-iron fencing and gates are an attractive and effective security measure. 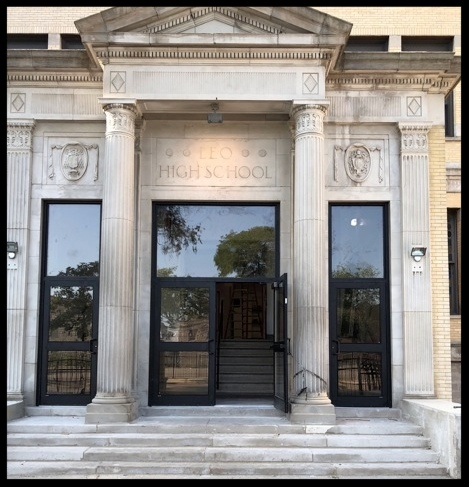 The main attraction: New doors that now serve as the main entrance to the building. They’re modern, they’re made of glass, and they’re a big improvement over the previous penal-institution model that gave off such a foreboding vibe. Coach Holmes didn’t tell anyone he was buying two Lion sculptures to guard the new doors, but now that they’re in place, they fit in handsomely as symbols of Leo pride. And, with the Lion sculptures added to the hand-painted “Leo High School” signs now decorating both school parking lots, there is no doubting you’re in Leo Country as you drive down 79th Street.

Everyone from 17th Ward Alderman David Moore to 6th District Police Commander Phil Bradley to the Auburn Gresham Development Corp. has congratulated us and thanked us for undertaking a project that really brightens our modest little section of 79th Street. And there are more enhancements to come.

“The new courtyard is more than a cosmetic improvement,” Principal Shaka Rawls said. “It’s a metaphor for all the great new things happening within the building at Leo High School.” 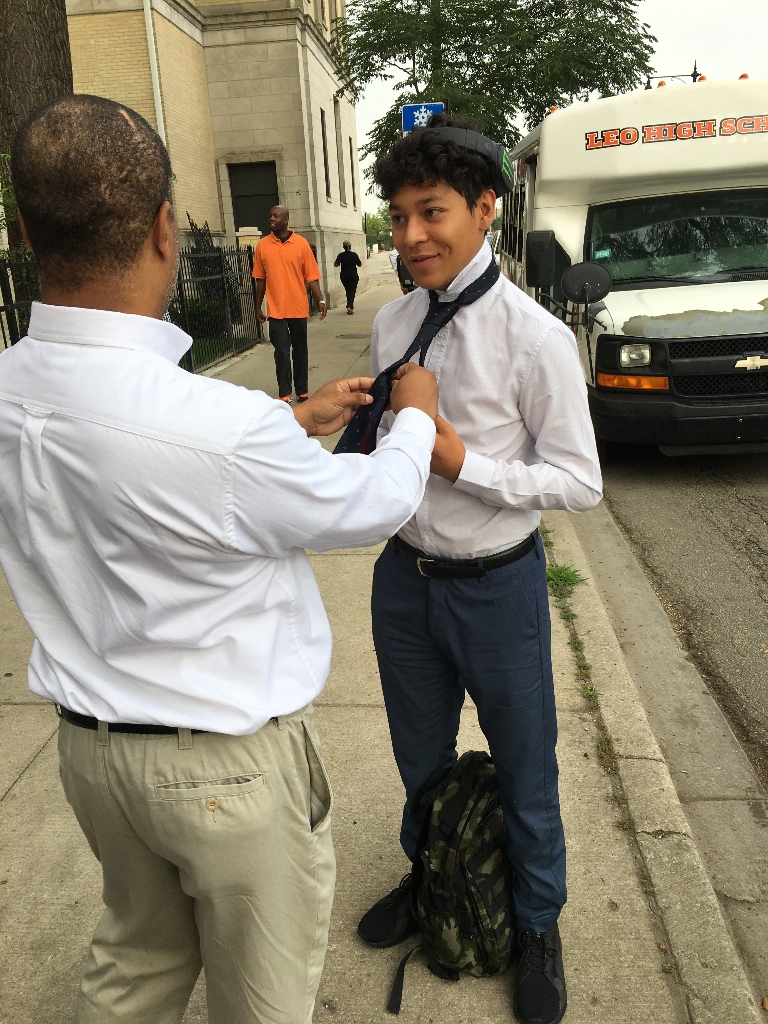 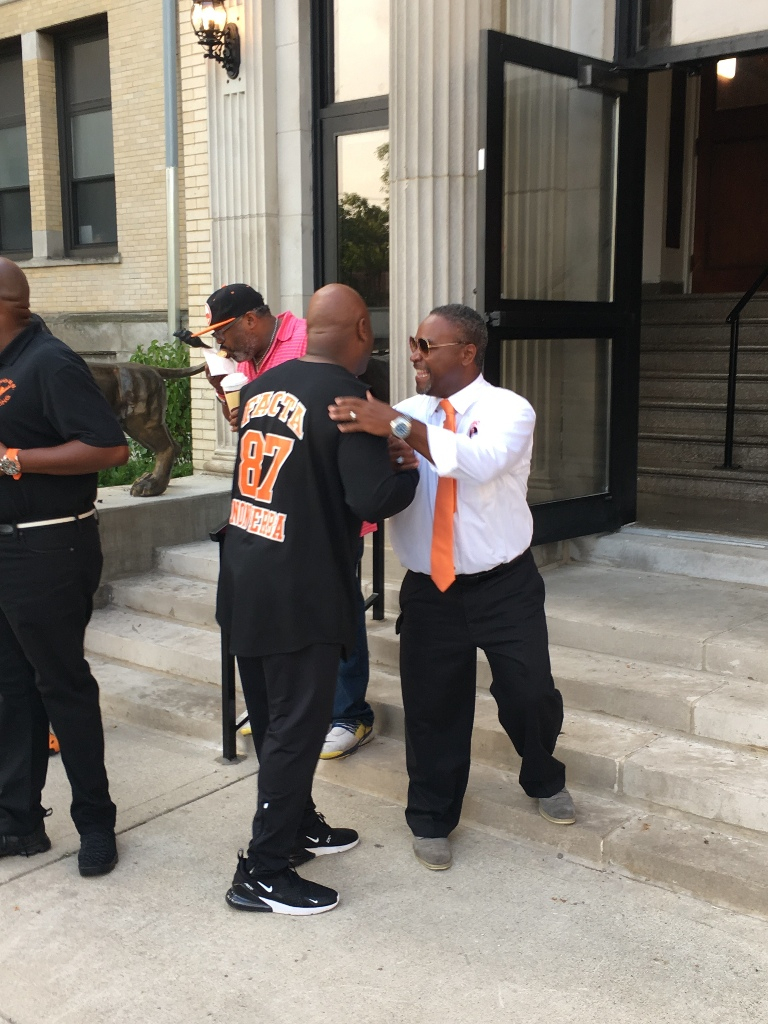 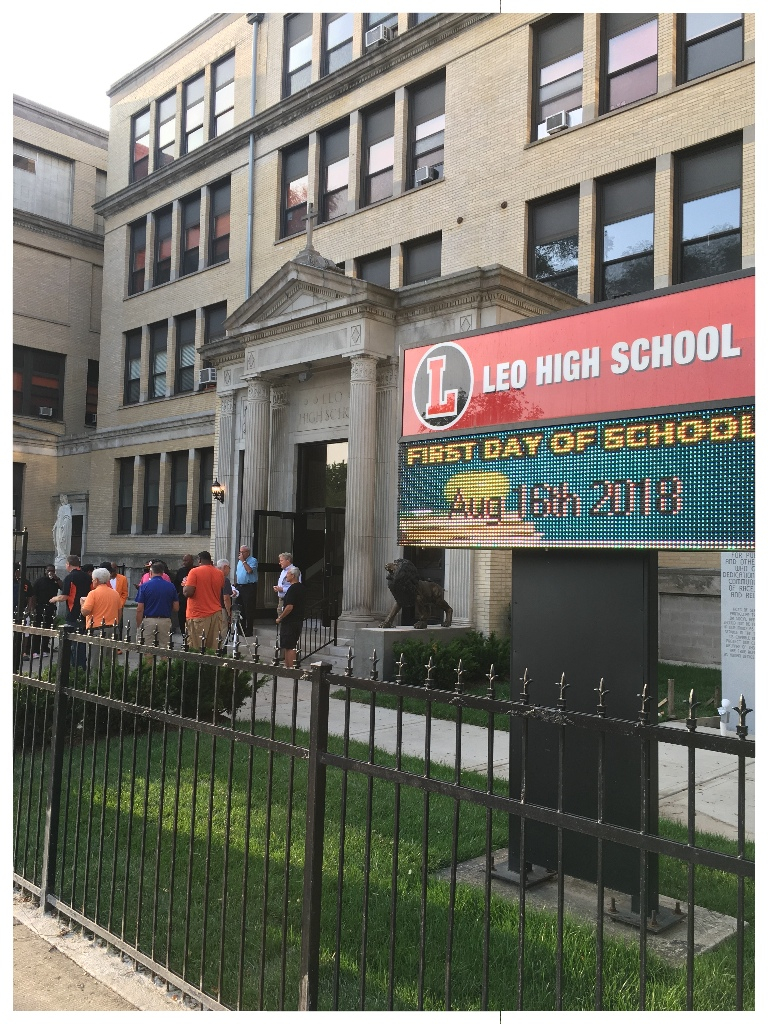 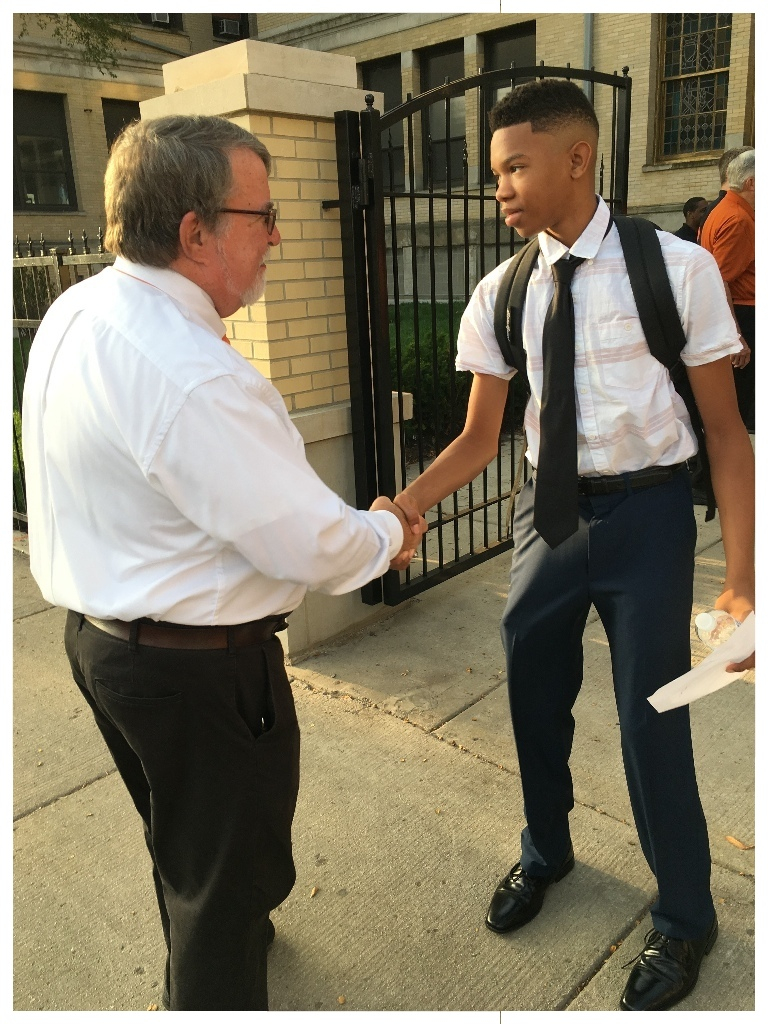