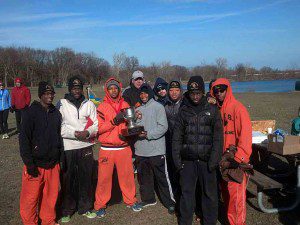 The Cross Country Team won the 2013 Turkey Trot Invitational in Lansing, Ill on Thanksgiving morning. It was the 25th anniversary of the annual Turkey Trot, which was hosted by Thornwood High School and the Wingedfoot Foundation.

The winners will have bragging rights until they square off again in the 26th annual Turkey Trot meet.