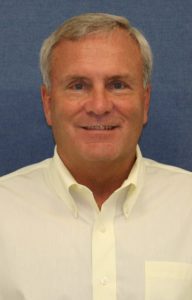 WELCOME HOME
Leo is proud to announce that, with the beginning of the 2018-19 school year, Jack Fitzgerald ’69 is returning to the Lions as a special assistant to the athletic department.

“This is a tremendous development for Leo,” school President Dan McGrath said. “I’ve known Jack since we played together at Leo. I’ve been trying to get him back in the building for a long time, and I’m delighted that he has agreed to join us.”

“Coach Fitz” will serve as a resource for Leo’s coaches and assist with administrative duties as he re-acquaints himself with the high school sports scene. He has spent the last 12 years as Midwest college scout for the NBA’s Miami Heat, a seasonal job he will retain. Before joining the Heat he was an assistant coach at St. Xavier University for six seasons, helping the Cougars reach the NAIA national tournament five times.

Coach Fitz was a two-sport standout at Leo, achieving All-Catholic League recognition in basketball and baseball. After graduating from Lewis University, he coached both sports at Leo and is the most successful basketball coach in school history, having won 317 games while averaging just under 19 wins a year in 17 years as the Lions’ head coach, with four Catholic League titles, six regional championships and two sectional crowns.

“No one is more respected in Catholic League circles than Jack Fitzgerald,” McGrath said.

After a year at Tinley Park, Coach Fitz moved on to Richards, where he won four more regional titles and another sectional crown, and helped Dwyane Wade develop into a high school All-American and future NBA star. In 24 years at the high school level, Coach Fitz compiled a record of 444-213 (.678), with 10 regional championships and six sectional titles. He is a member of the Leo High School Hall of Fame, the Chicago Catholic League Hall of Fame and the Illinois Basketball Coaches Association Hall of Fame.

With the health-induced retirement of Catholic League Hall of Famer Ed Adams, Mike Holmes ’76 has assumed the role of athletic director. Holmes already serves as as admissions director, head football coach and facilities manager, so Coach Fitz’ presence will lighten his workload.

“I played for Jack, had him as a classroom teacher and watched his teams for many years,” Holmes said. “No one brings more to the table in terms of knowledge and integrity, and love for Leo.”

Principal Shaka Rawls ’93 also had Coach Fitz as a classroom teacher at Leo and is eager to welcome him back.

After spending more than a dozen years around college and professional athletes, Coach Fitz is eager to revisit his high school roots.

“Leaving Leo in 1993 was one of the most difficult decisions I ever made,” he said. “I am honored and proud to once again be able to contribute to such a great school with special people.”