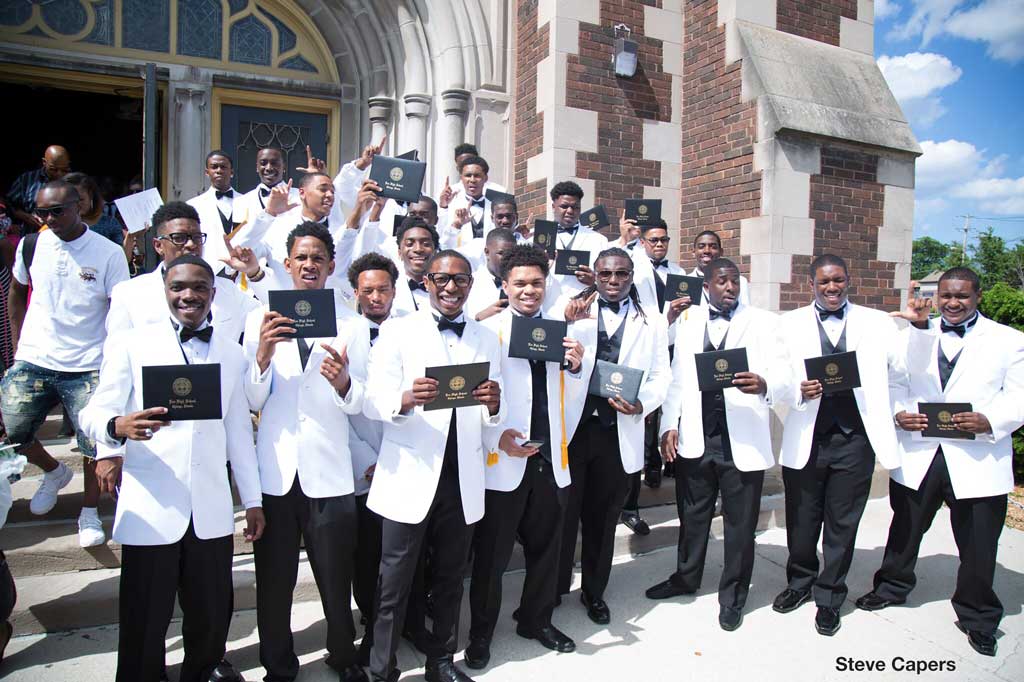 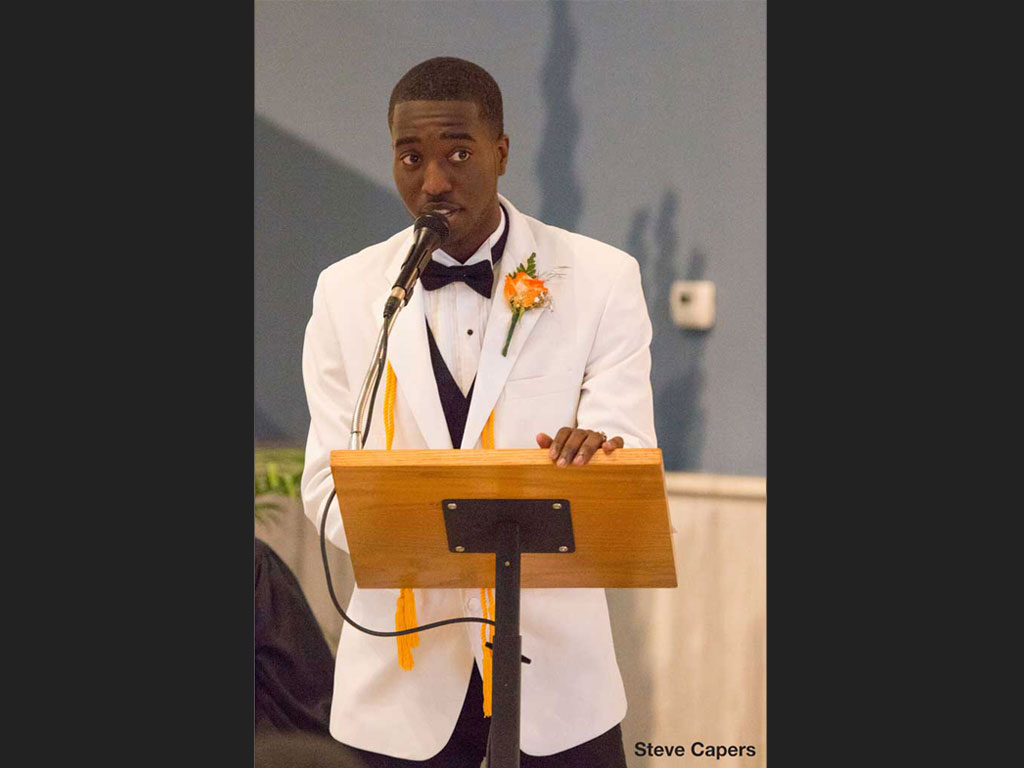 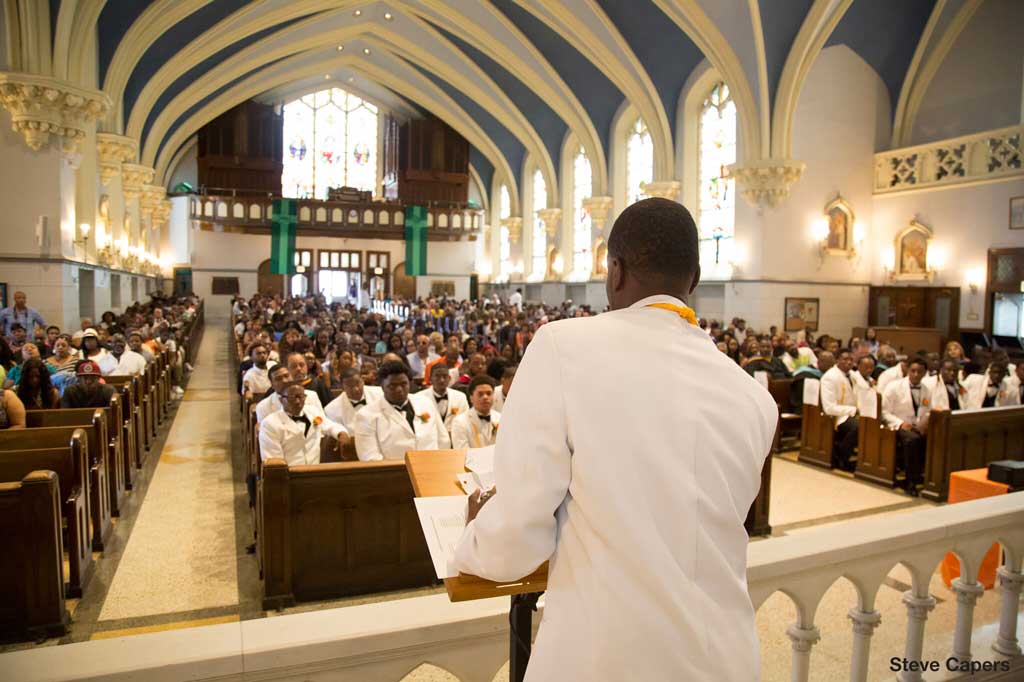 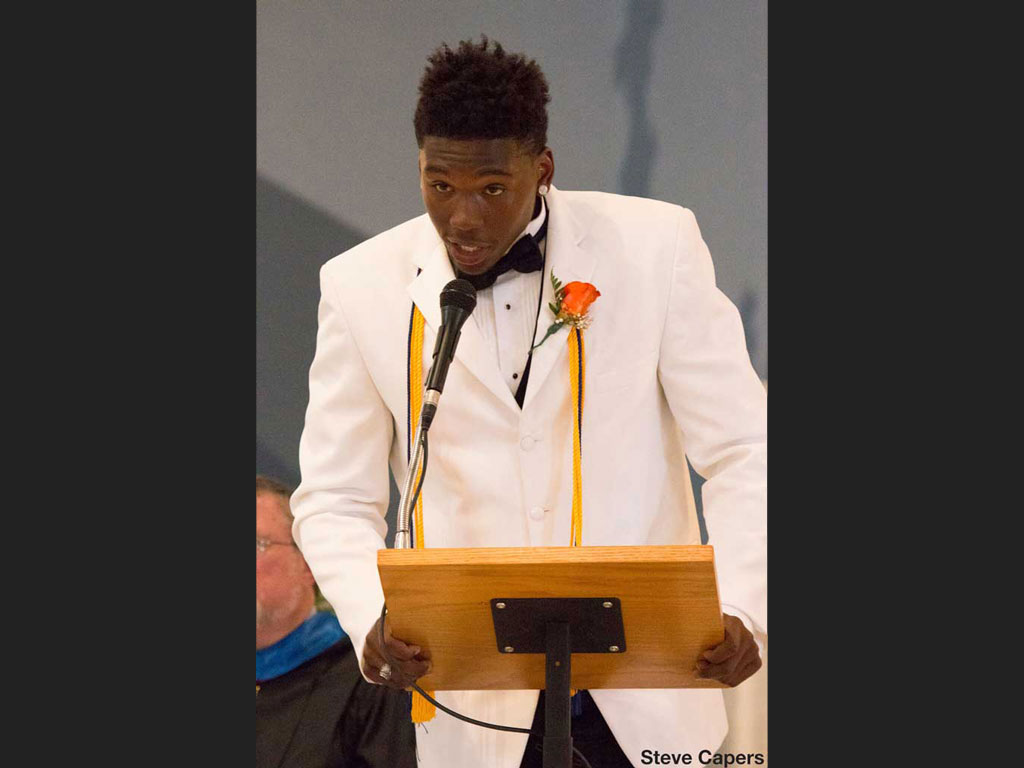 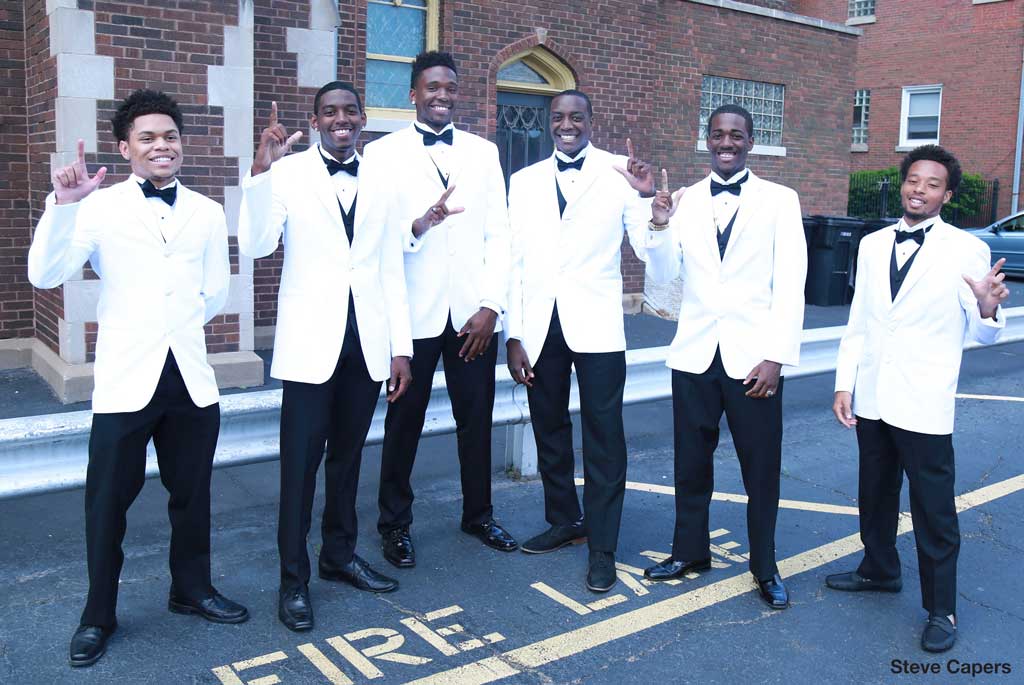 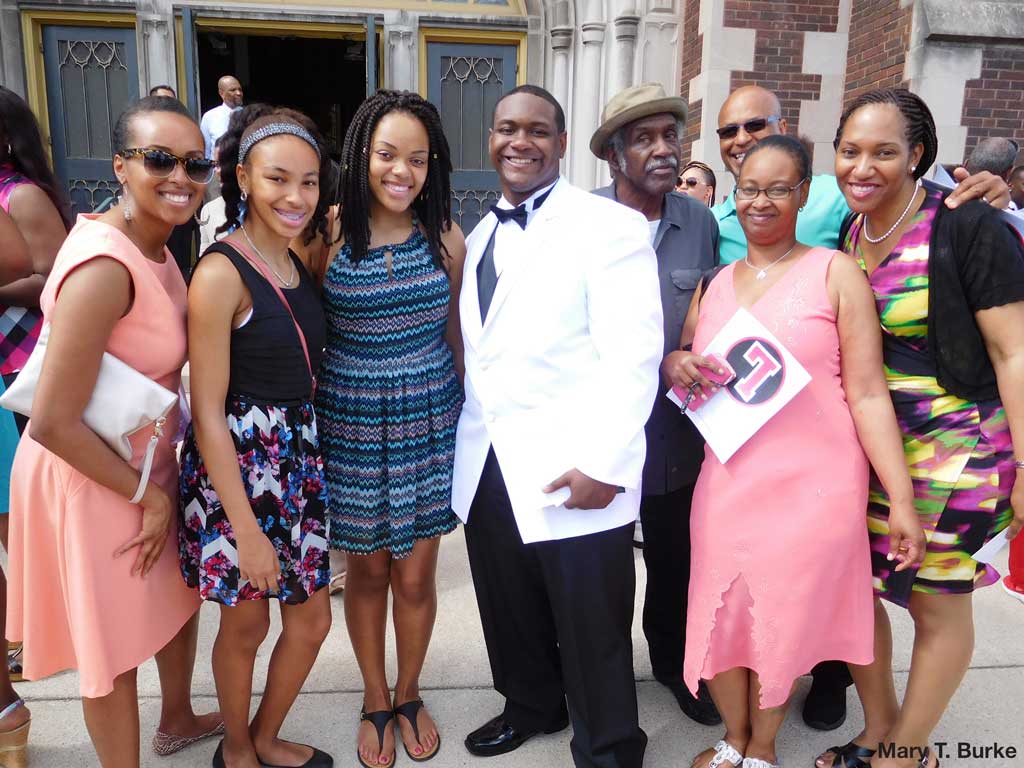 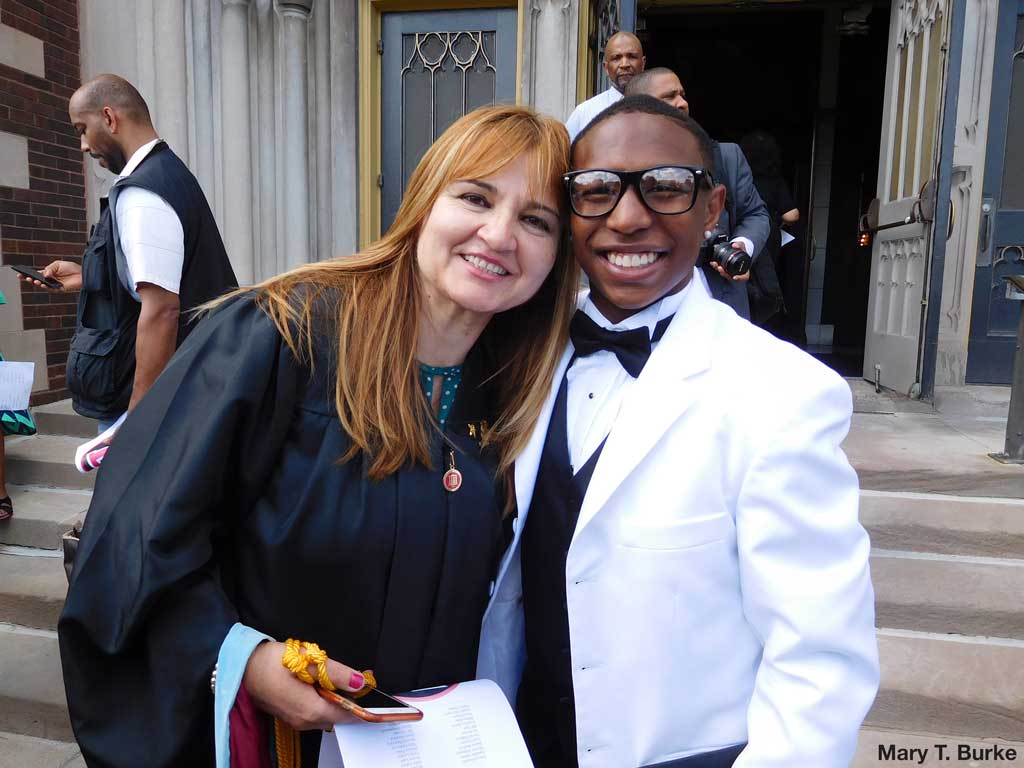 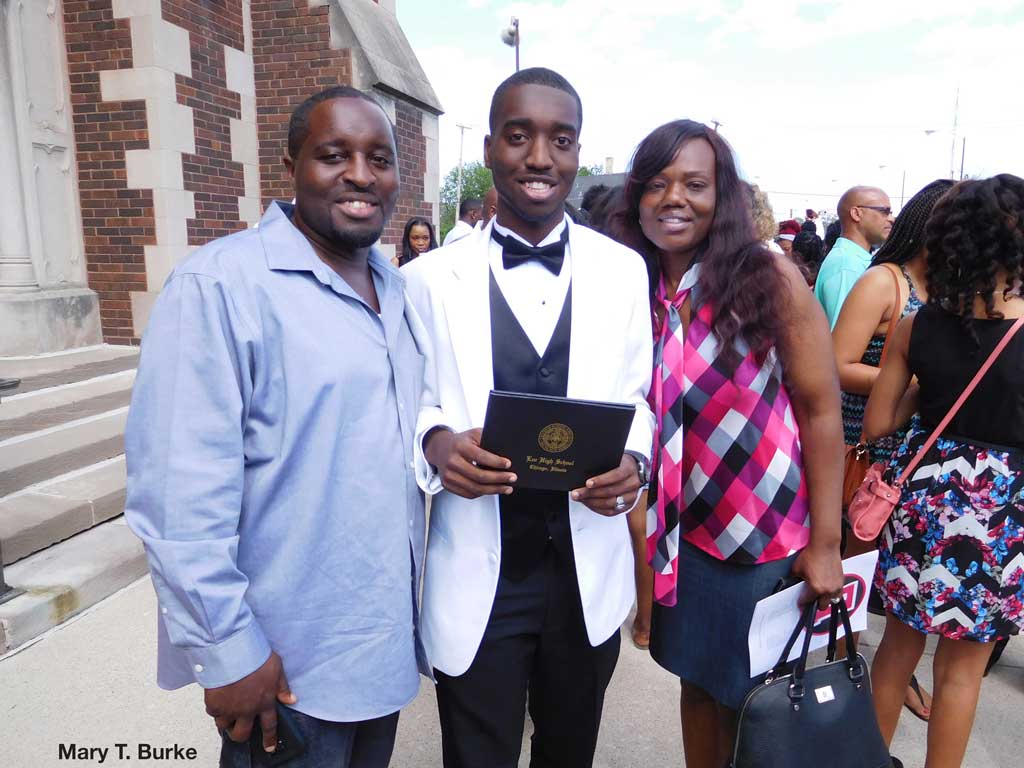 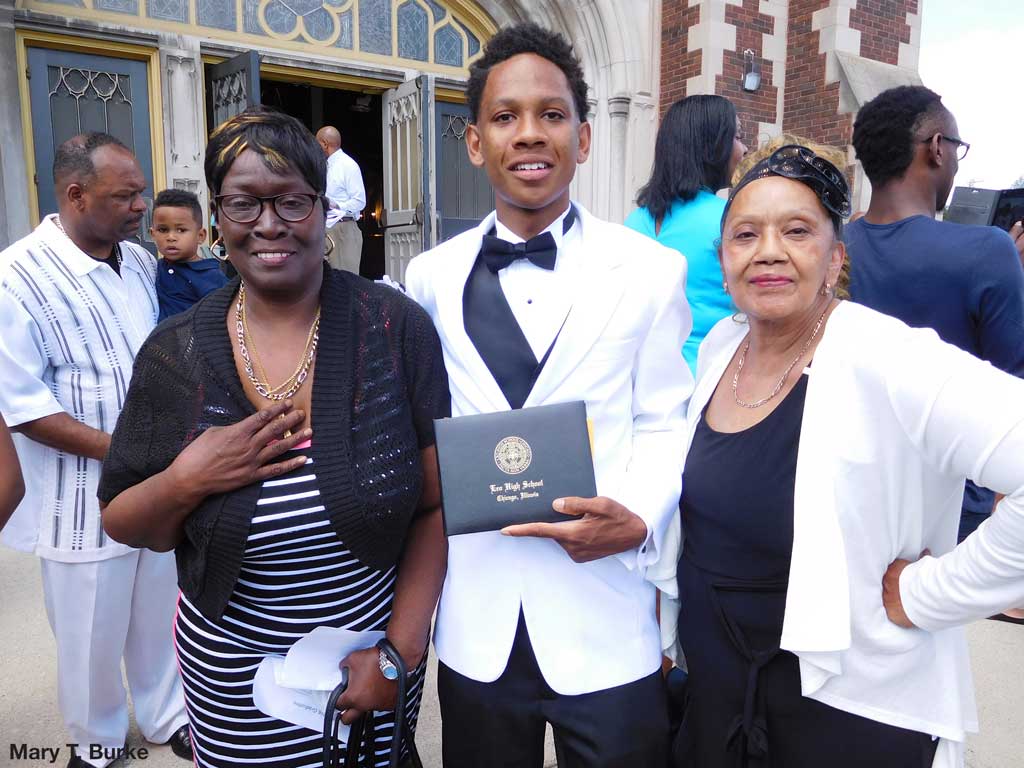 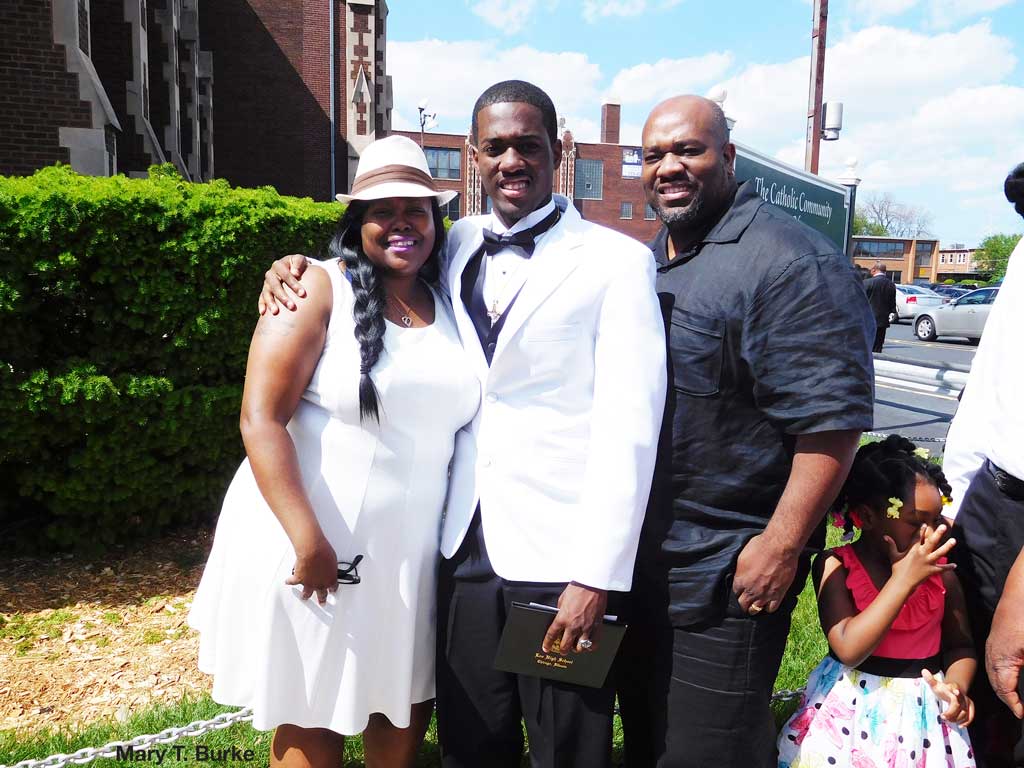 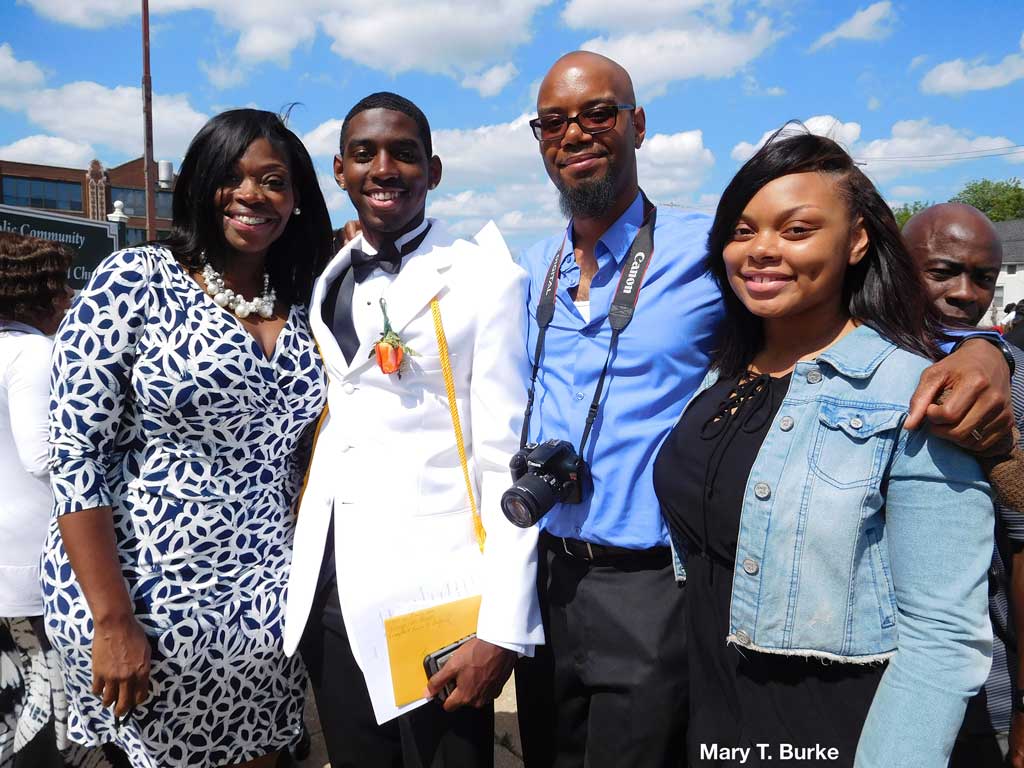 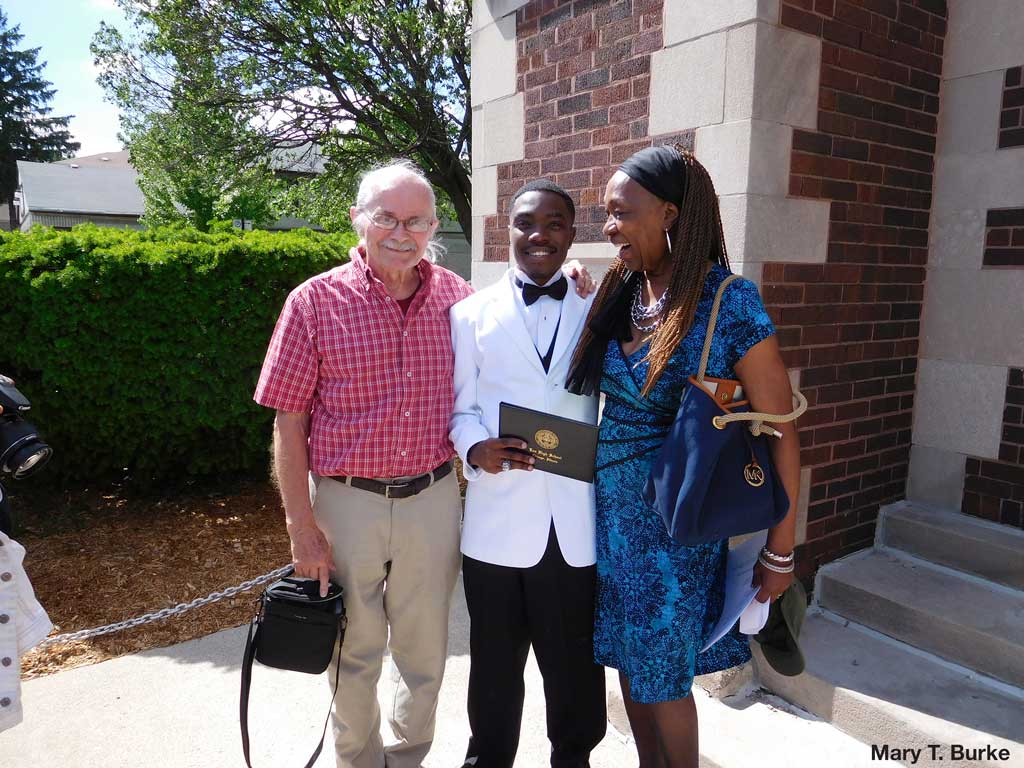 We are proud of our Leo graduates

The stately old church at St. Margaret of Scotland was filled to capacity for Leo’s 87th commencement exercise on Sunday, May 29, as members of the Class of 2016 received their diplomas on a warm, sunny, fittingly beautiful day.

Chris Winters, Terrence Lee Jr. and Antione Dunning were the leading honorees among the graduates, each with two notable achievements.

Tracy Robinson, a 2004 Leo graduate, was the commencement speaker. Tracy enjoyed a four-year playing career at Loyola University after leading the Lions to the first and only state basketball championship in school history. Upon graduating from Loyola, he embarked on an overseas playing career that has taken him all over the world.

Tracy’s speech was interrupted by applause several times as he reminded the graduates that leaving high school is really only the beginning of their life journey. He urged them to set high goals and pursue them with diligence, dedication and honor, and to listen and follow those who love you, not the naysayers.

Chris Winters gave a speech as 2016 valedictorian, recognized for having the class’ highest GPA. A standout athlete in football, basketball and track, Winters also received the Michael L. Thompson gold medal for excellence in music as a four-year member of the Leo Choir.

Antione Dunning, like Winters a four-year member of the honor roll, finished 0.02 points behind the valedictorian in cumulative GPA and spoke as the class salutatorian. Dunning also received the Stafford L. Hood gold medal for excellence in English.

Terrence Lee Jr. received Bishop John R. Gorman gold medal for excellence in religion, as well as the Andrew J. McKenna gold medal for leadership. A legacy Leo grad, Terrence received his diploma from his father, Terrence C. Lee Sr., a member of the Class of 1993.

Meanwhile, SirLaurence King’s fourth-place finish in the 3,200-meter run at the IHSA Class 1-A state track meet earned him All-State recognition for track, matching the honor he received for cross country in the fall. As an All-State performer in two sports, SirLaurence earned the William J. Koloseike gold medal for excellence in athletics.