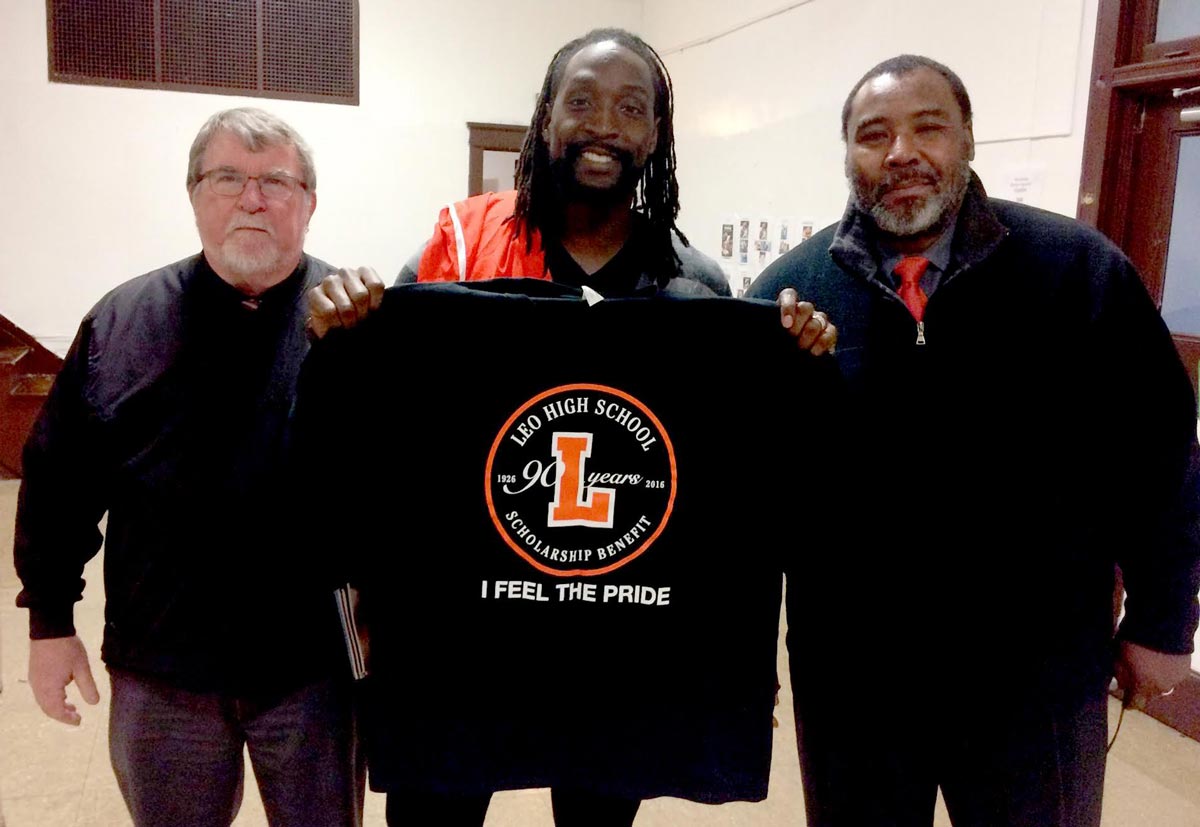 Charles “Peanut” Tillman, the Bears’ former Pro Bowl cornerback, dropped by Leo High School to meet with our students on Thursday, March 30. We invited the seventh- and eighth-graders from Oglesby, a neighborhood grammar school, to join us for his presentation, as that’s the age when the streets start to beckon young men.

Charles’ grandmother lives in Auburn Gresham, so he’s aware of some of the challenges facing this community, and it showed. He was down to earth and on point about setting high goals and sticking to them, even if it means ignoring peer pressure to be cool. He implored the kids to “value life” and reminded them that violence is never the solution to any conflict. He didn’t roll his eyes at the number of guys who listed “pro sports” as their career objective, but he pointed out how long the odds are and stressed the necessity of a backup plan.

He had his faith tested when his infant daughter was born with a heart defect that required a transplant, but he said to ordeal brought him and his wife closer and made God a stronger presence in their lives. When the conversation drifted too far into football, he quickly steered it back toward the life lessons he was there to impart. He said he learned everything he needed to know in a little book called, The Strangest Secret, by Earl Nightingale, whom he described as his mentor. He passed out copies to each of the kids. “Don’t read it,” he said. “Memorize it.”

After the presentation, he stuck around for another half-hour signing autographs and posing for pictures. A total class act. The kids loved him. We all did.

Major thanks to Charles “Peanut” Tillman for making our day at Leo High School. And to Chicago Bears Care for making a great day possible.