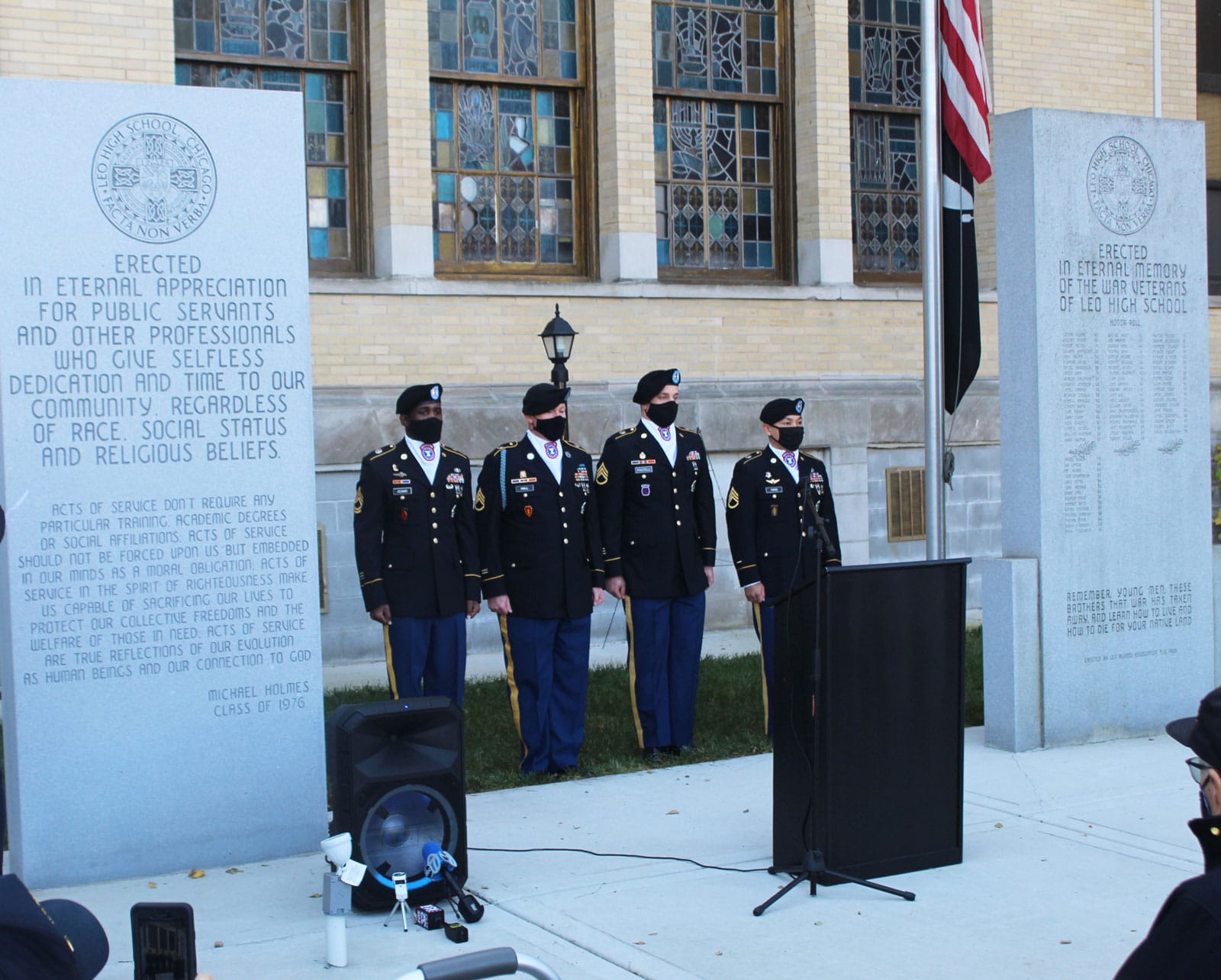 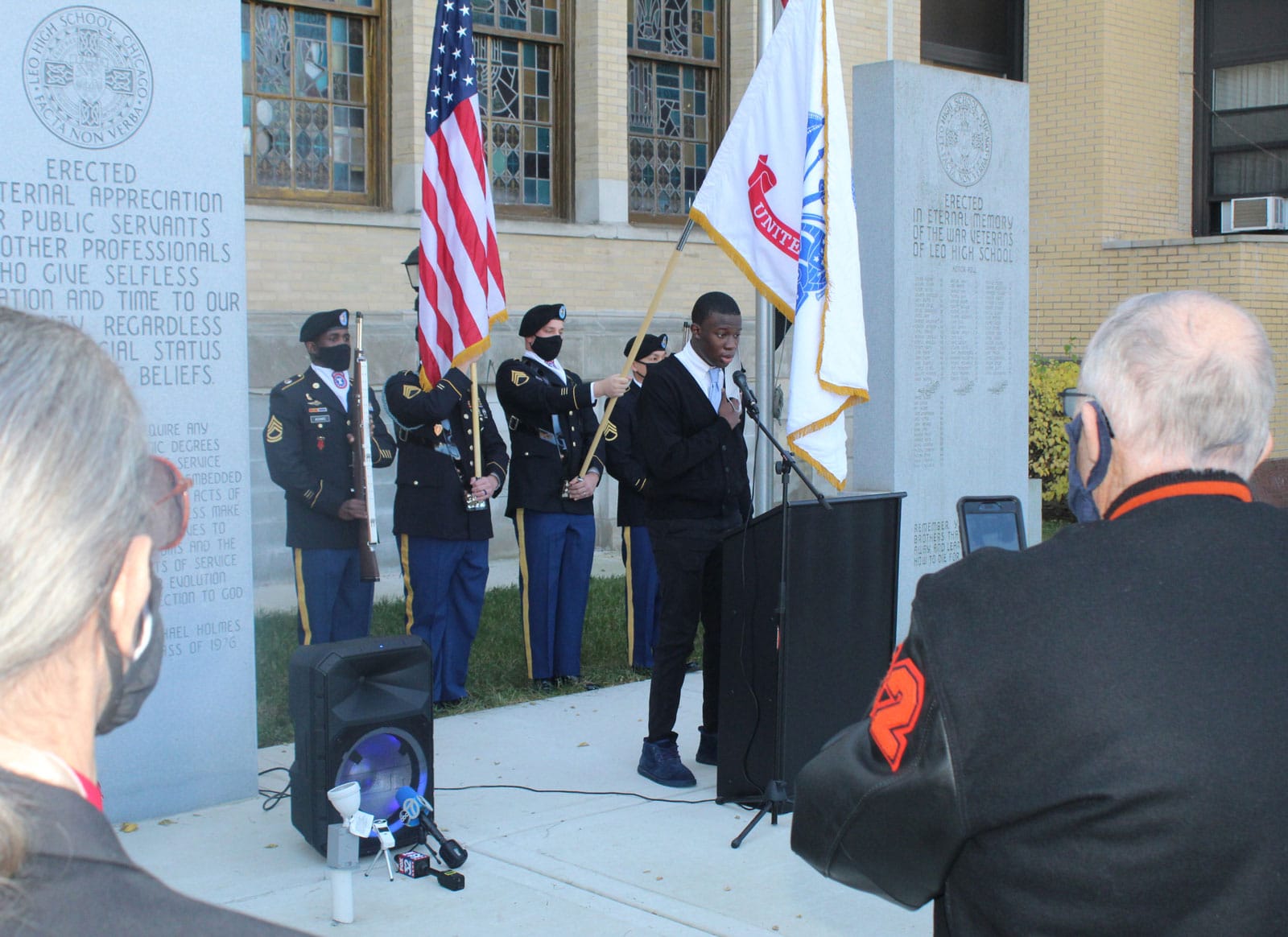 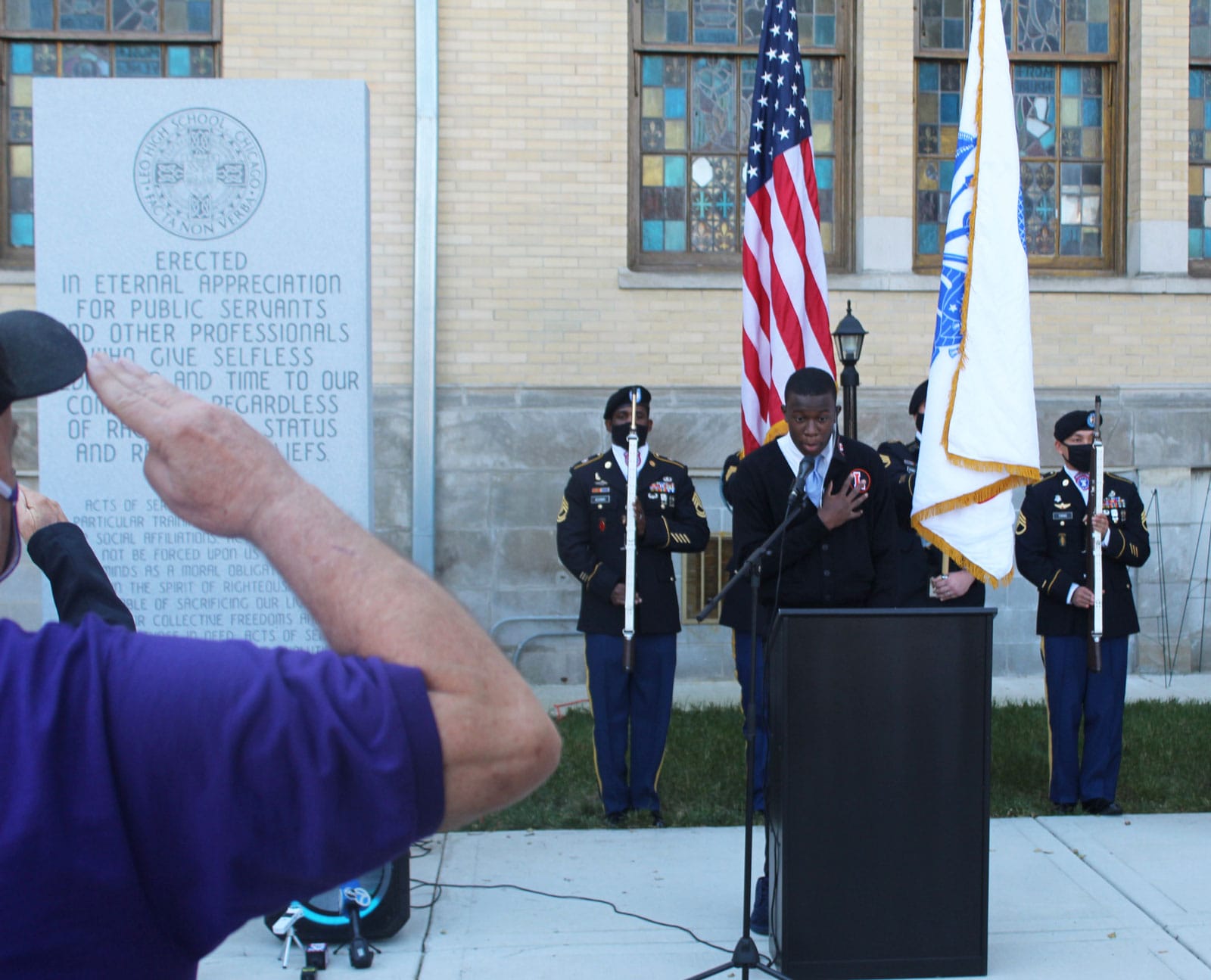 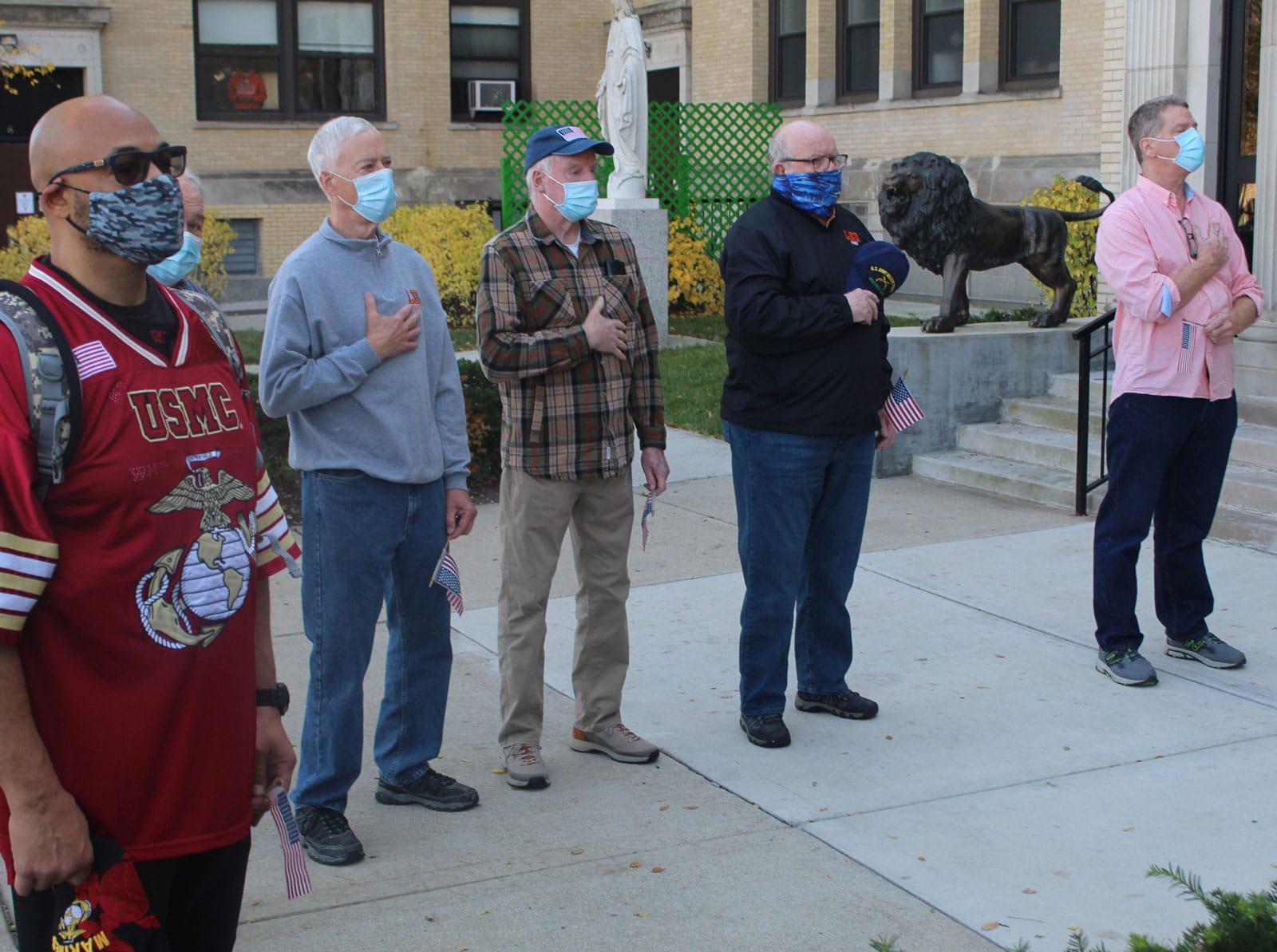 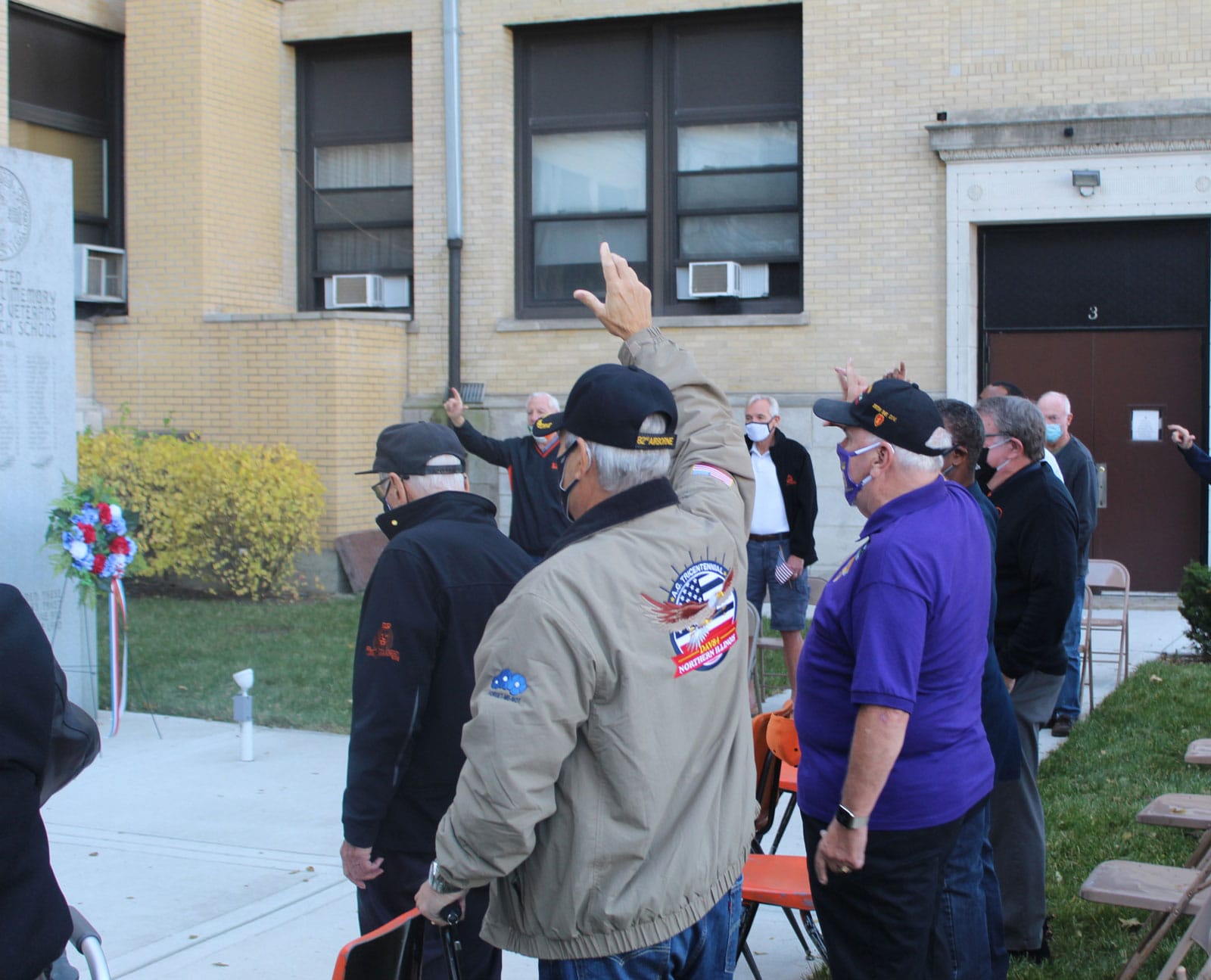 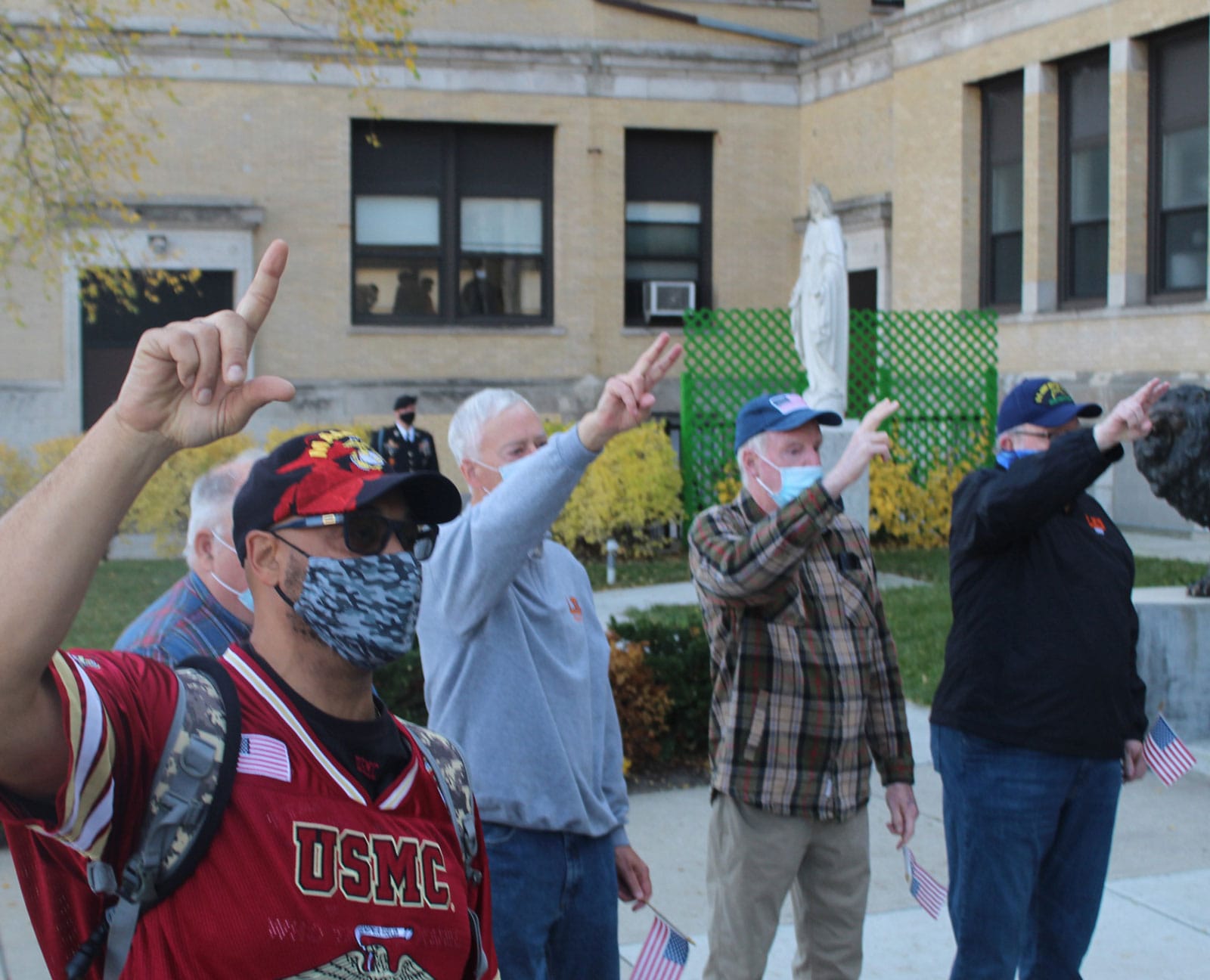 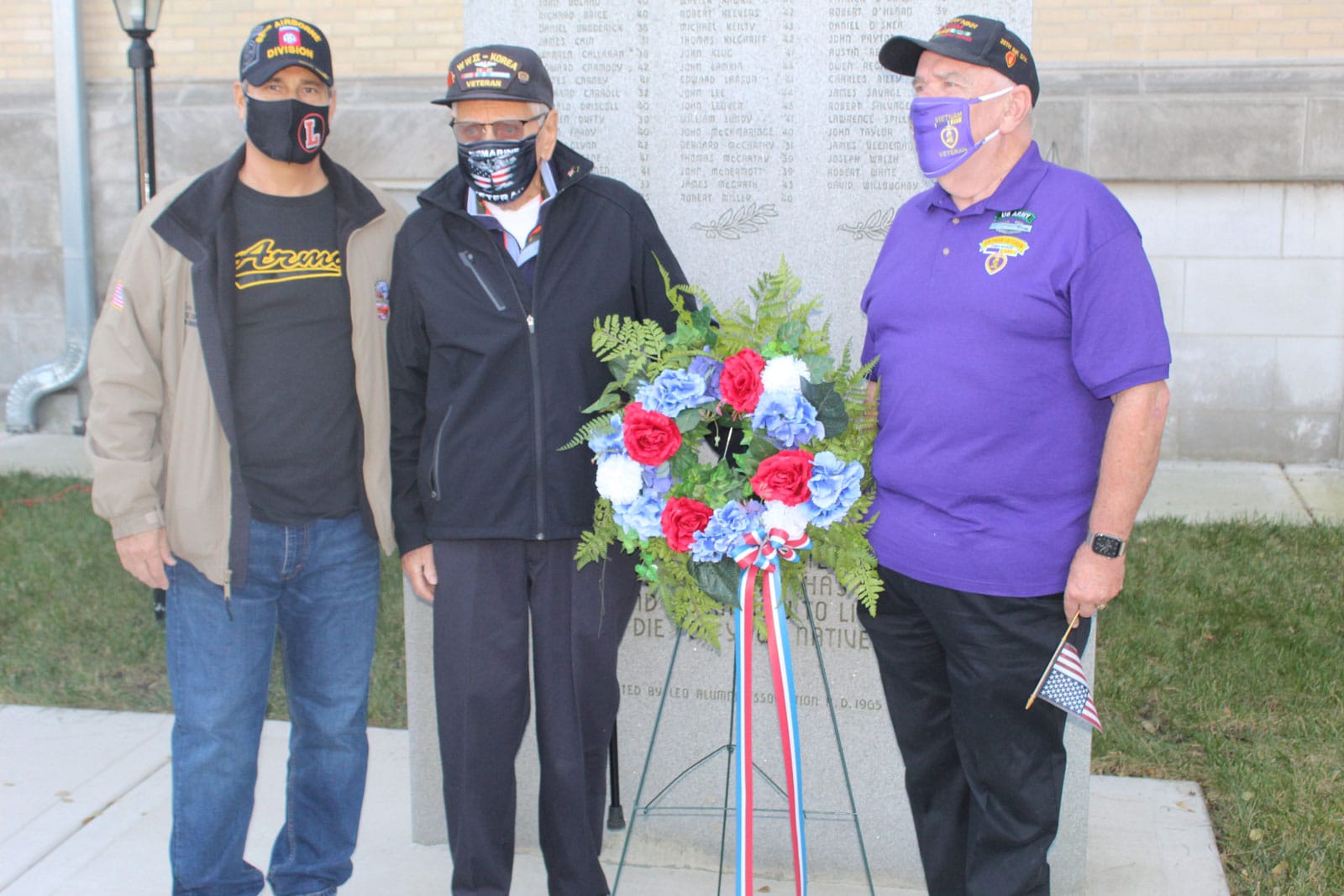 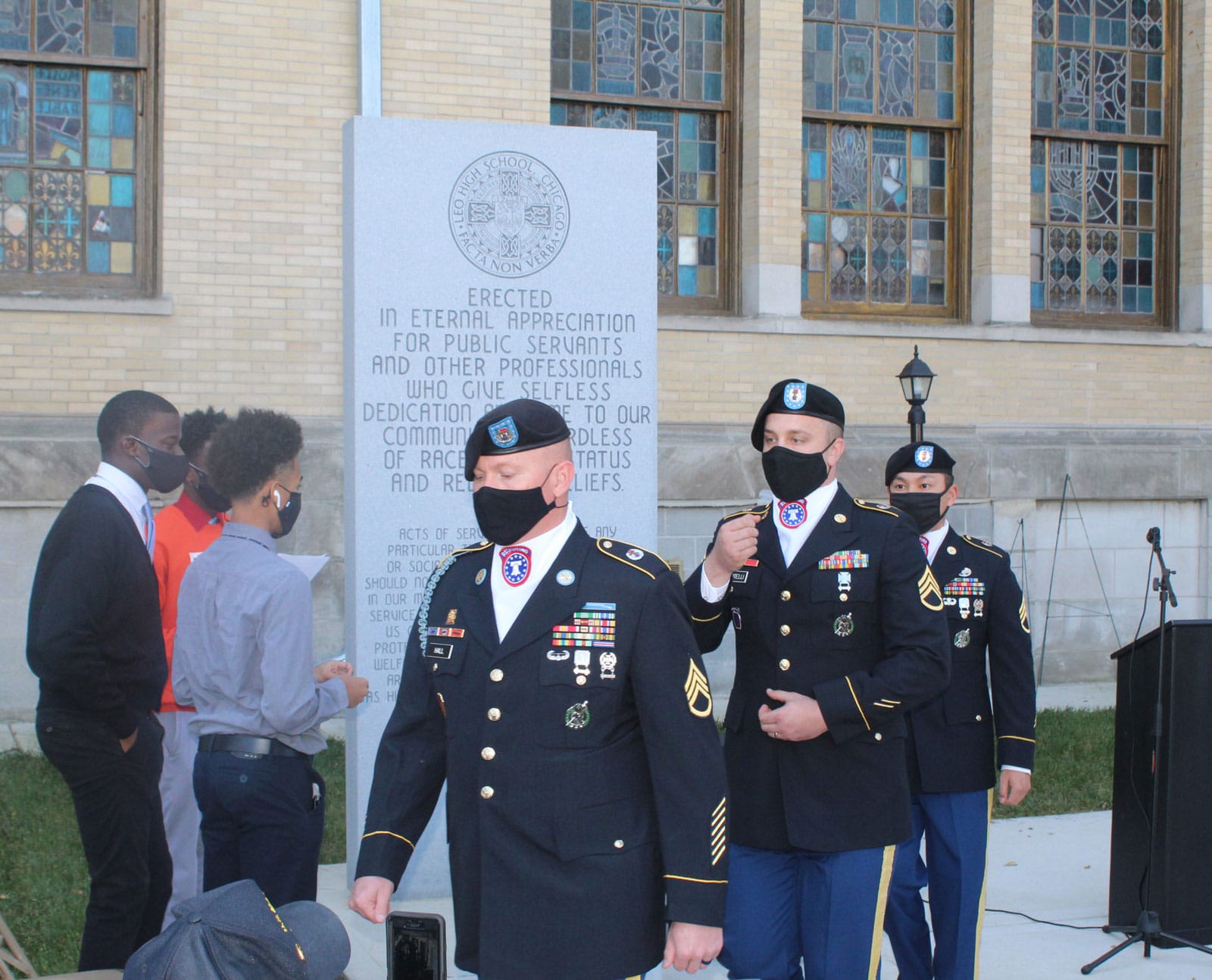 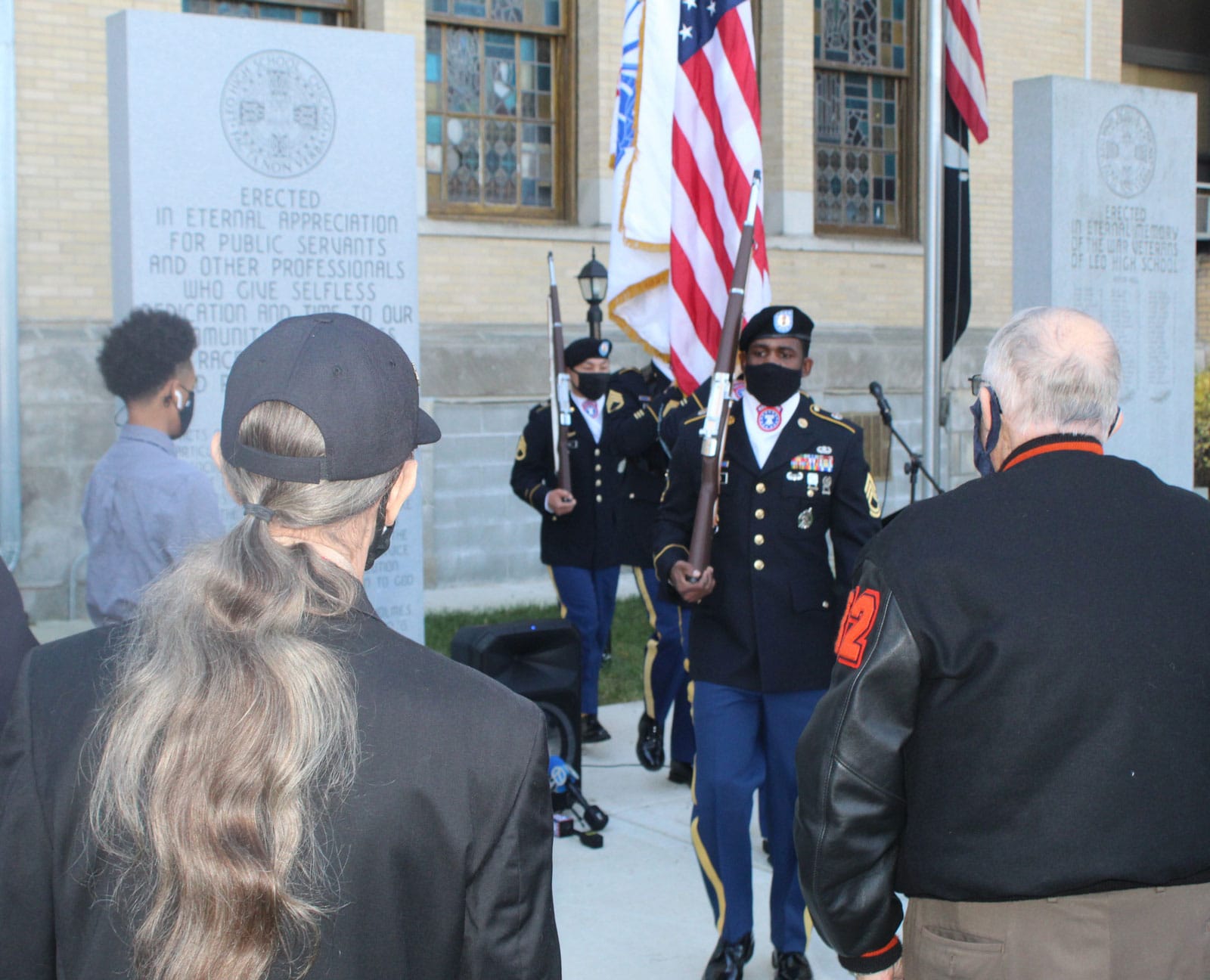 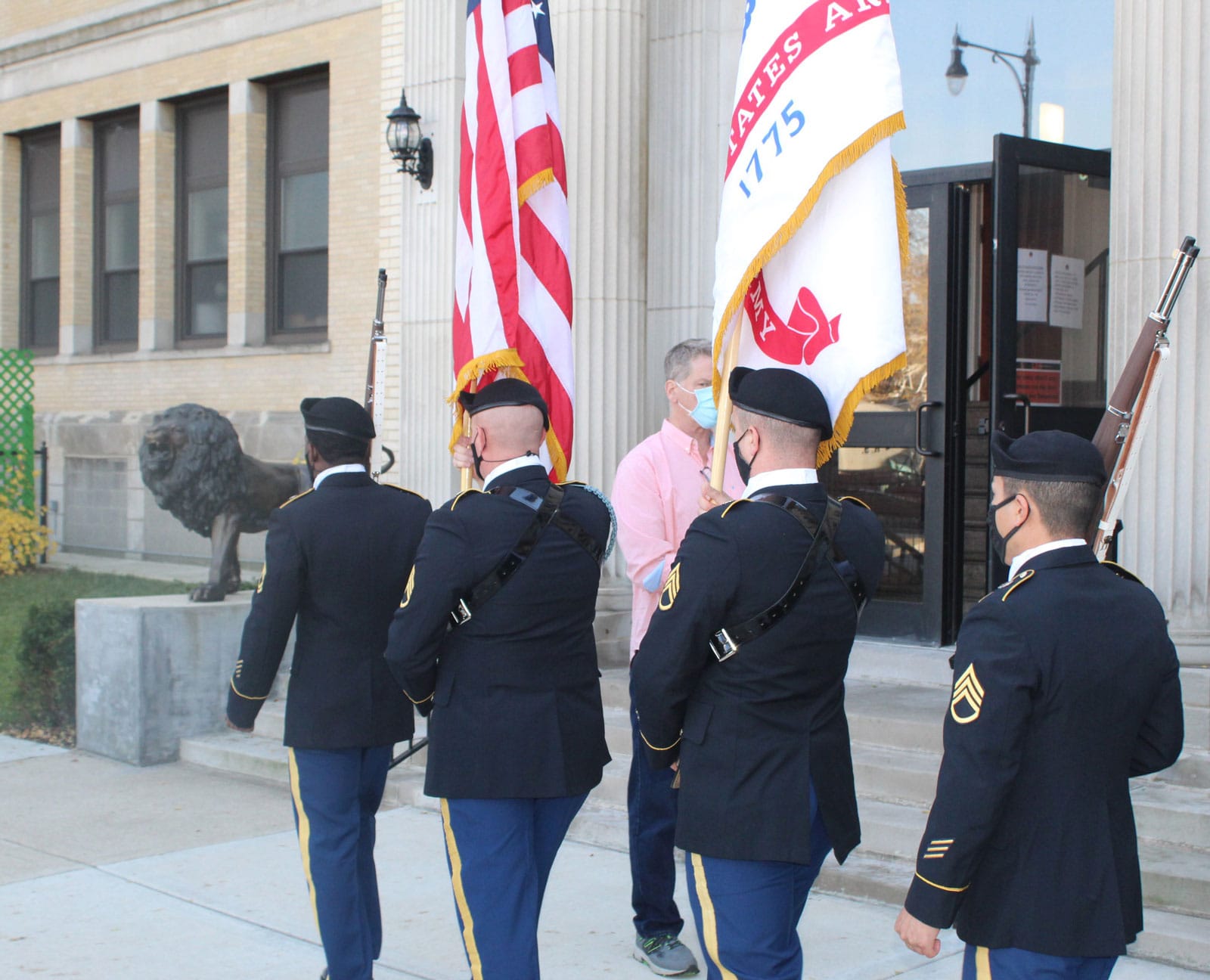 COVID concerns were the major factor as we contemplated canceling the annual Veterans Memorial observance at Leo, but we ultimately decided to go ahead with it. “It means so much to our alums, particularly those who have served,” Leo President Dan McGrath said. “This is our opportunity to honor them, and to say thank you.”

The ceremony took place as scheduled at Leo on Friday, Nov. 6, amid stringent safety precautions including masks, social distancing and hand sanitizers.

In addition, Leo’s students were kept in the building to watch the ceremony on a Zoom link, which also was available to any alums who chose not to attend in person. That meant no post-ceremony mingling between our guests and our students. “That’s unfortunate, because the alums enjoy it, and it’s an impromptu history lesson for the kids, always one of the highlights of the day,” McGrath said. “But we decided to err on the side of caution.”

COVID concerns did hold the crowd down on an unseasonably warm, sunny day, but approximately 30 veterans and other Leo alums were in attendance. A color guard from the Chicago-based U.S. Army Recruiting Battalion presented the colors, and Vietnam veteran Jose Rivera from American Legion Post 160 in Chicago Ridge played “Taps.” Leo senior Joshua Carey led the singing of the National Anthem, and junior Tyler Brooks read a tribute to Marine Corporal John Peter Fardy, a 1940 Leo graduate and World War II hero who was awarded the Congressional Medal of Honor for actions that cost him his life but saved the lives of his squadmates at the Battle for Okinawa in May 1945.

Leo also recognized World War II veteran Jim Wilkins, who dropped out of school to join the Navy in 1943, only to be awarded his Leo diploma in 2016. Mr. Wilkins joined Vietnam-era Army veterans Jim Furling ’65 and Jim Carollo ’67 in laying a wreath at the Veterans Memorial in the courtyard.

“Just a great day for Leo,” McGrath said. “Another one.”